The Longford Triathlon Club duathlon series is open to all 2014 Longford Tri members. These duathlons are a great way to train but also an excellent introduction to race conditions in a controlled club environment. Your experience here will help to build confidence for your future duathlon and triathlon racing around the country and it’s FREE to all 2014 Members. You will race against your fellow club members but more importantly yourself. You will receive split times for:

The duathlon is a Run-Bike-Run event and our five races will cover the following distances:

Please use this link to view the bike course. 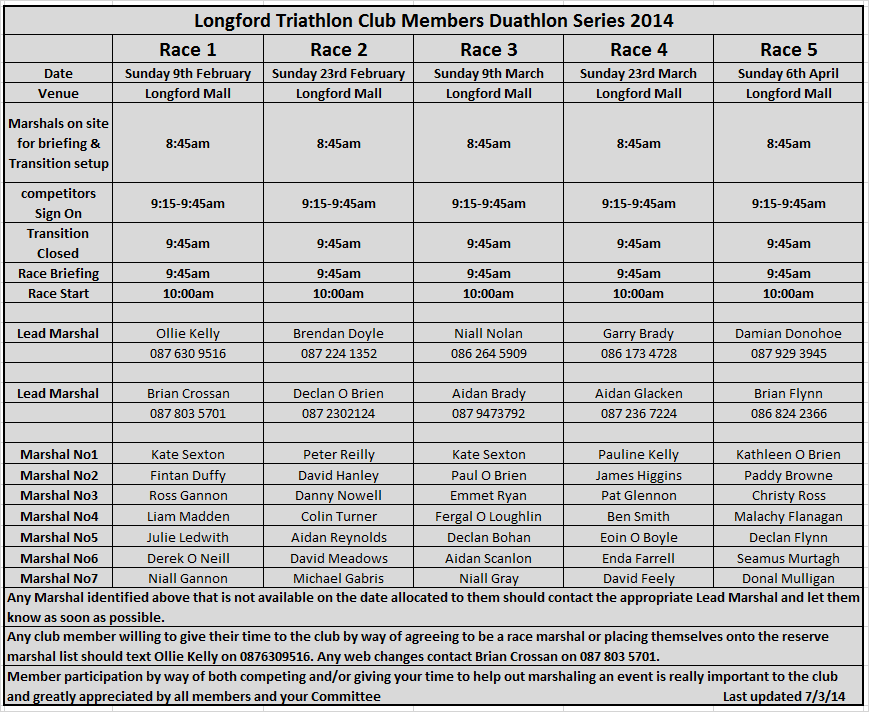